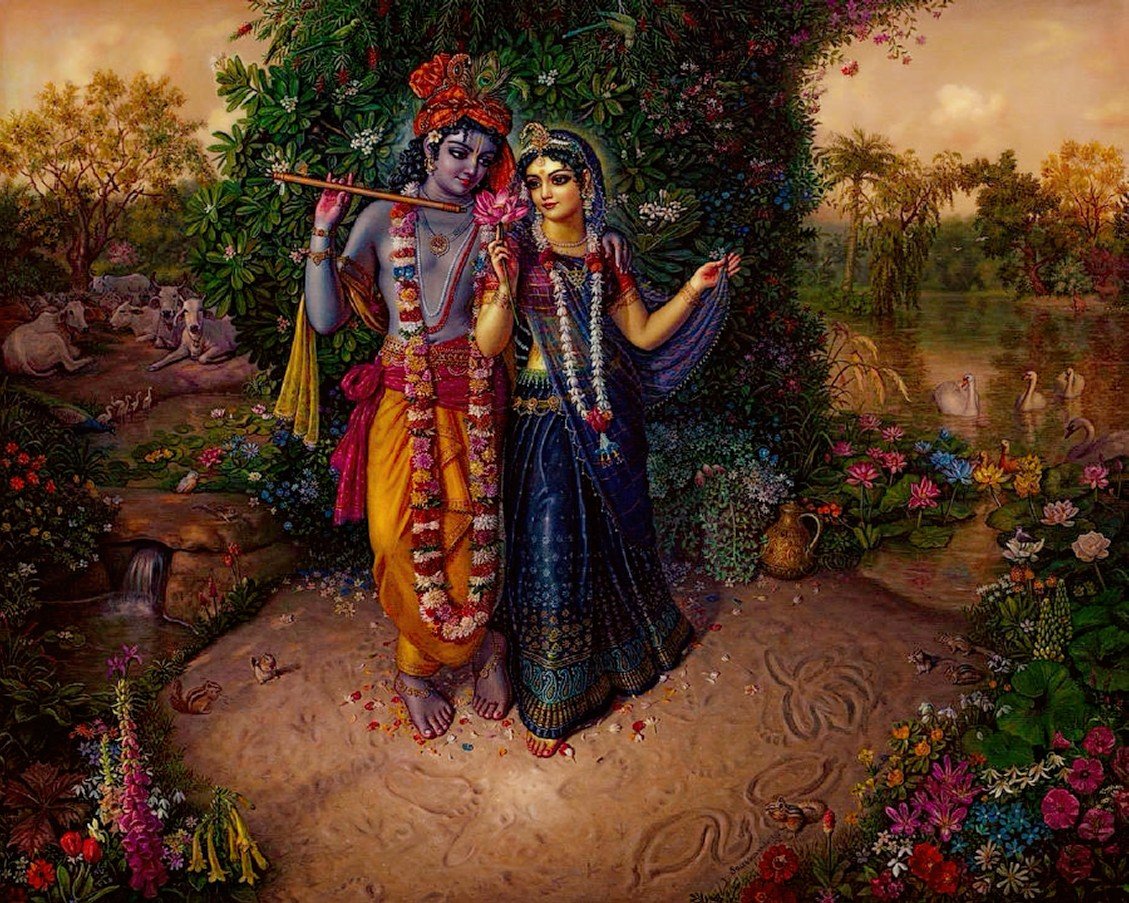 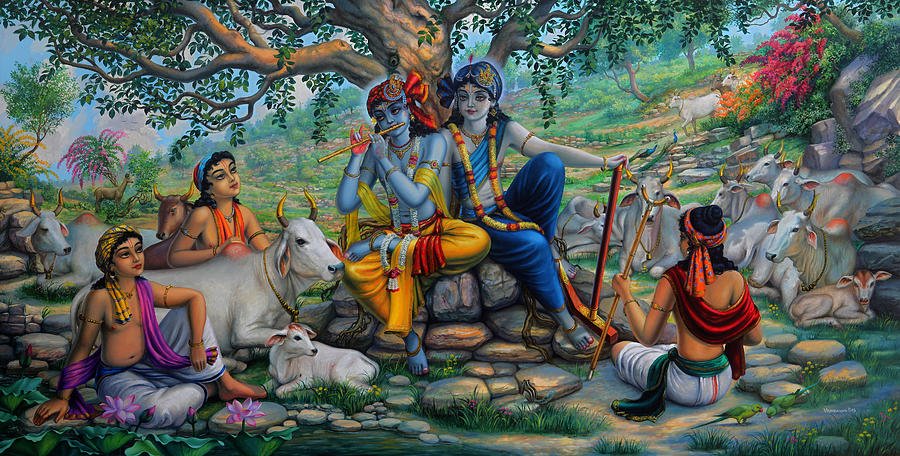 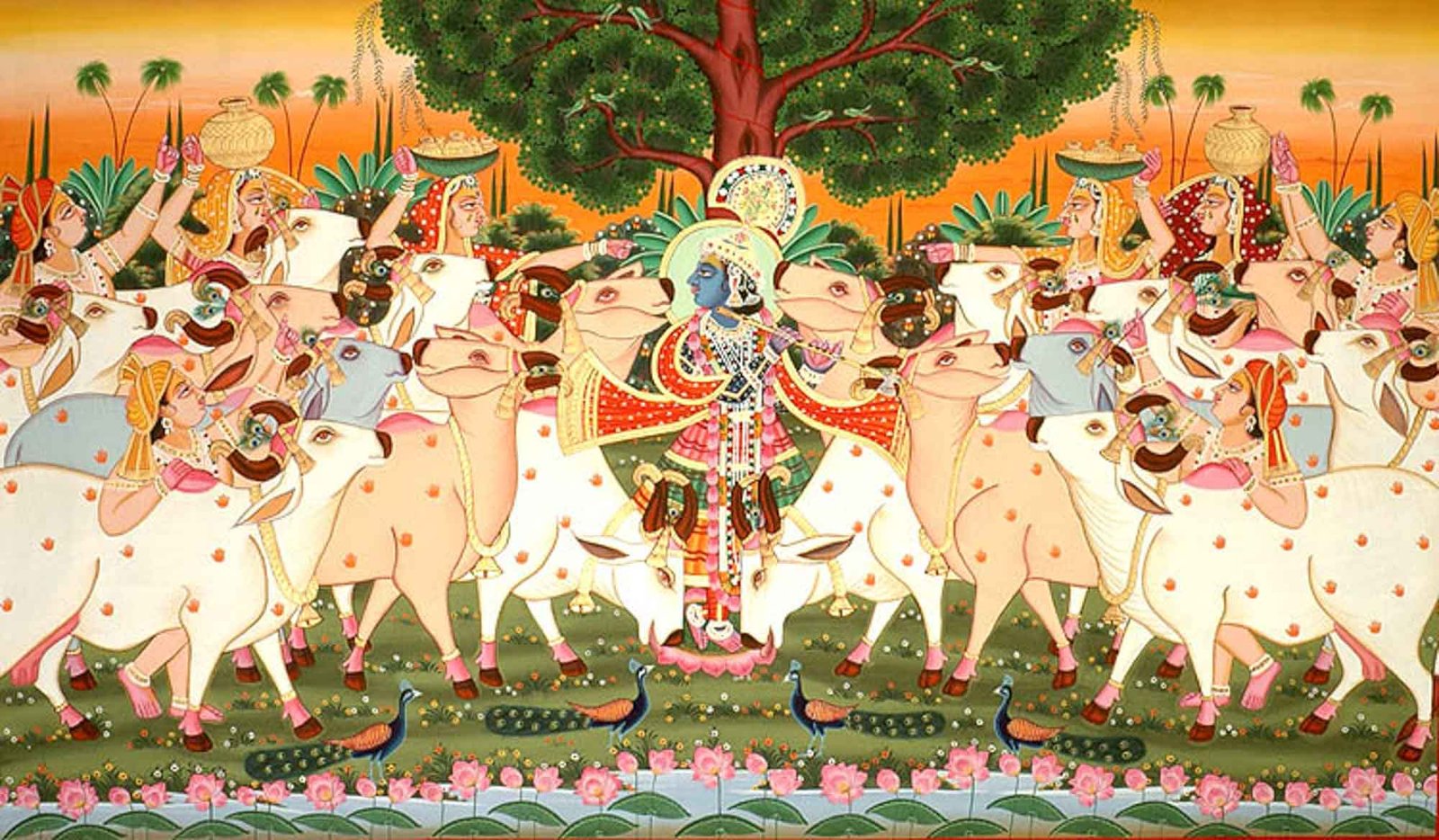 What Vrindavan is “humming with”

The name and spiritual body of a living being cannot be separated from one another. The name “GO” defines the essence of the spiritual feeling which takes the form of a cow – surabhi. Her transcendental service manifests in unprecedented qualities and activities – in engaging the whole of Vrindavan, Krishna included, in serving her “sensual requirements”. The cows literally MAKE everyone serve them! At the same time, everyone is extremely happy to do that, because it is true that the cows need to be taken care of much more than anyone else. The cows are indeed the most vulnerable since their feelings are “naked” to the utmost with their compassion and “feeling with” all the turbulent experiences of the ocean of prema of the whole of Vrindavan. Everyone is very happy to serve the cows since it immediately invokes the reciprocal gratitude and endless love of the cows.

Life in a family house is “seething” around helpless, but extremely sensitive little children. This is why such a house is full of happiness and peace. In a similar way Vrindavan is “seething” with taking care of cows who are spreading around gratefulness, serenity, wealth and bliss. Since spiritual happiness is based on one thing only – satisfying the senses of those who satisfy Krishna’s senses. And we also know that Krishna is the first one Who is “magnetized” by the feelings of cows from the very first moments of His day. Every morning after waking up, having even missed taking a bath, Krishna runs to the Goshala. He is feeling how the cows hyper-sensitively suffer from the heaviness of the milk in their milk bags but cannot let anyone milk them without Krishna’s blessing. They need immediate getting in touch with, “feeling with”, the feelings of Krishna. So, in just a few minutes Krishna manages to look into the eyes of each of the 900,000 cows of Nanda Maharaj, and to address each of them by name.

This uninterrupted feeling of Krishna’s with each cow is reflected in one of His main names – GO-PAL. Which means “the One Who herds cows and tirelessly takes care of their comfort and well-being”. Mother Yashoda was eager to put shoes on the feet of Krishna so that he doesn’t injure his feet on the meadows and in the forest. But Gopal agreed to that on one condition only – that all the cows of Nanda Maharaja’s herd also get such shoes. And that’s a given. Since Krishna’s feelings are “interconnected” with the feelings of each and every cow, there’s no other way than together.